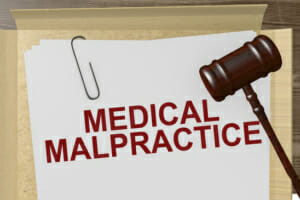 The birth injury lawyer in Michigan at Meyers Law PLLC can assist you if you or your child suffered an injury during childbirth or labor. Labor and childbirth are times when both the mother and child are incredibly vulnerable. Mothers put immense trust in their physicians during the childbirth and labor process. When doctors make mistakes, tragedy can result. The baby can be deprived of oxygen, resulting in brain injury or death. Mistakes made when the baby is being delivered can result in neck injuries, spinal cord injuries, or brachial plexus injuries to the infant which can result in disability, paralysis, or other losses of motion. Errors during C section can result in injuries to the infant or the mother. Finally, failure to diagnose certain conditions like preeclampsia, or fetal distress, can lead to injuries or death of the mother or the infant.

Labor and childbirth is a time when you and your family should be celebrating the addition of a new family member in your life. Unfortunately, for some families, physician errors, doctor errors, or hospital errors can result in devastating injuries to babies and even to the mother. If your family has suffered a tragedy during childbirth, you are not alone. The birth injury lawyer in Michigan at Meyers Law PLLC works closely with victims and families to help them seek damages, hold doctors and hospitals accountable, and raise awareness of these issues to make sure they never happen again. If your baby was hurt during delivery, suffered a birth injury, or if you suffered an injury during childbirth, reach out to the birth injury lawyer in Michigan at Meyers Law PLLC today. 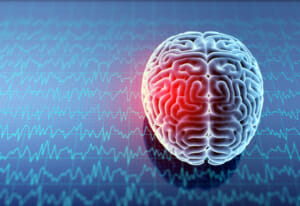 If there was a lack of oxygen to the infant’s brain during labor and delivery, a baby can suffer brain injury. A baby can be deprived of oxygen if doctors fail to note that the position of the fetus prior to delivery was abnormal. Many people are aware of the term breech birth, where a baby’s position is feet first exiting the womb, instead of head-first, but there are other types of abnormal positions that can also put the baby at risk of injury and oxygen deprivation. For example, if the baby is facing forward rather than toward the mother’s rear, this can be risky. And if the baby’s head isn’t angled properly as it moves down the birth canal, this can also pose risks to the baby for birth injury. Brain injury to the newborn can happen if forceps are improperly used, or when a vacuum extractor is used.

Birth hypoxia, or lack of oxygen to the baby’s brain can also occur due to a prolonged labor. Birth hypoxia can also happen if the mother or baby suffers a serious infection. Doctors and medical professional have a responsibility to monitor the baby and mother prenatally and during delivery to prevent these injuries. Sometimes C sections are ordered if labor lasts too long, or if doctors have a reason to believe the delivery may be high-risk. If your infant suffered a brain injury, consider reaching out to the birth hypoxia lawyer in Michigan at Meyers Law PLLC today.

Brain injury can have serious consequences for a newborn and for a child and adult. Brain injury can impact every aspect of a person’s life, from thinking, moving, to mood and personality. If your child suffered a brain injury during delivery, the brain injury lawyer in Michigan at Meyers Law PLLC may be able to help you. When medical malpractice takes place, doctors and hospitals may not always want to admit that something went wrong. If your newborn suffered a brain injury, you may want to investigate whether medical errors or hospital errors resulting in your baby’s brain injury. The brain injury law firm in Michigan at Meyers Law PLLC can investigate your case, review medical records, involve experts, and fight for you and your baby’s rights.

If your newborn suffered fetal distress before birth and is now injured or disabled, or if your baby suffered fetal distress and you, the mother were injured, you may have the right to seek damages from doctors, the hospital, and physicians responsible for your care. The birth injury lawyer in Michigan at Meyers Law PLLC works with families whose infants have suffered birth injuries. Reach out to our birth injury attorneys in Michigan today to learn more.

While rare, surgical errors during a C section in Michigan can result in injuries to the baby or mother. Most C sections are performed without any injury to the baby or mother, but when injuries or complications happen, patients may be wise to ask what went wrong. Hospitals and doctors may not always be willing to admit that they made a mistake. Properly investigating your medical case can make a difference. C section complications can include wounds to the baby or internal injuries to the mother, including lacerated bowels or bladder. Proper aftercare of C section cuts and sutures is also important to healing. Mistakes during a C section can result in bleeding, which can put the mother at risk. The baby can also be deprived of oxygen if a C section goes wrong.

Risks to the baby during a C section, can include lack of oxygen, cuts due to accidental lacerations during the C section procedure, or issues breathing after the baby is born. Some of these conditions can be due to medical error and some may be due to medical conditions. A surgical errors during C sections lawyer in Michigan at Meyers Law PLLC can look at your baby’s injuries and determine whether C section errors were to blame.

C section can also pose risk to the mother. Risks can include bleeding, infections, reaction to anesthetic, blood clots, or injuries resulting from mistakes during the C section itself. If you suffered a birth injury due to a C section complication, or if your baby suffered an injury due to a C section gone wrong, you may have the right to seek damages for your injuries and losses. The surgical errors during C section lawyer in Michigan at Meyers Law PLLC may be able to help you. Our birth injury lawyer can review your medical records, learn more about what happened during and after your C section, and help you with your case.

These are not all the possible birth injuries that can occur. Women can suffer other serious birth injuries if they are cut during delivery, and vaginal injury following birth due to medical error can happen, and is seldom spoken about. If you or your baby was hurt during labor or delivery, you may have the right to seek damages from negligent physicians and hospitals. Doctors have a responsibility to provide the highest standards of care. When they fail to do so, babies and mothers can be seriously hurt. These injuries can be devastating to mothers, families, and to the baby itself. Sometimes infants suffer serious life-long disability as a result of these mistakes. Birth injury can be very serious and can result in significant damages going to families.

If you or someone you love suffered a birth injury in Michigan, you may only have a limited amount of time to make a claim under the law. Reach out to the birth injury attorney at Meyers Law PLLC today to learn more. Our lawyer is here to help you. Our birth injury lawyer in Michigan can review your case, speak to experts, and help guide you on the next steps.

At Meyers Law PLLC, our attorneys have extensive experience and have obtained outstanding results for victims of medical malpractice.

At Meyers Law PLLC, our attorneys have extensive experience and have obtained outstanding results for victims of medical malpractice.